It represents the fifteenth edition of this particular ranking, with 1000 of the world’s best universities, from 85 different countries, constituting our most extensive list to date. 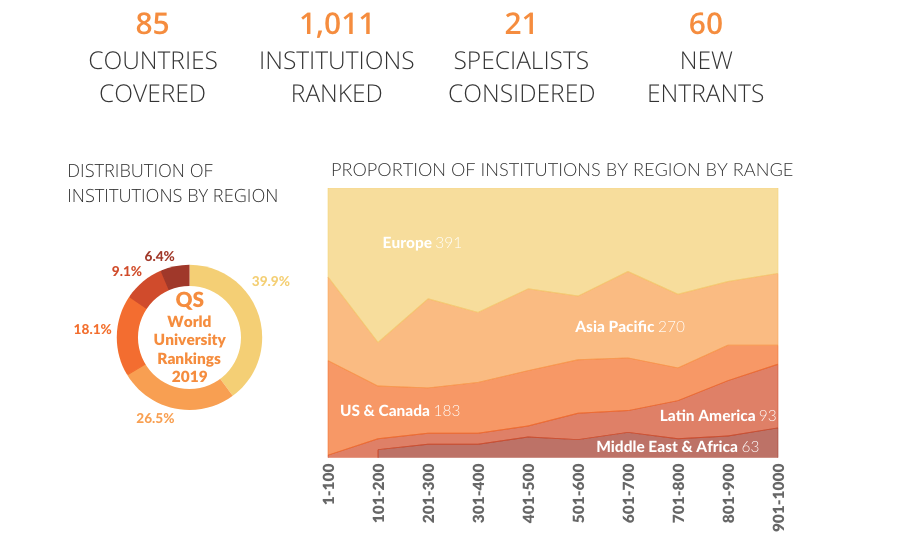 Massachusetts Institute of Technology (MIT) is the world’s leading university for a record-breaking seventh consecutive year. The record surpasses that previously shared with Harvard University.

Findings from this year’s results

QS Quacquarelli Symonds Executive Board Member and Editor of The Times Good University Guide, John O’Leary made this prediction on the basis of our 2019 rankings:

“There is a long way to go before US institutions are overtaken at the top of the ranking, however. Budget cuts in the state universities caused a decline overall in last year’s ranking, but there has been a recovery in the latest edition, with the top ten all improving or holding their positions and far more of the 157 US universities in this year’s expanded ranking improving than declining.”

Watch our webinar, providing a detailed analysis of the QS World University Rankings 2019.