Where are the Best Student Cities in 2018?

Where are the Best Student Cities in 2018?

QS have today, 8th May, released the Best Student Cities Rankings for 2018.

This is the 5th edition and most extensive ranking set of its kind – with over 50,000 student responses. Our multifaceted analysis provides insight into the world’s leading student cities and, in turn, represents a comprehensive overview unlike any other.

For the first time, since its formulation, London has emerged as the world’s best student city. This meant that 2017’s front-runner, Montreal, Canada, had to settle for 4th spot this time around.

Findings from this year’s results 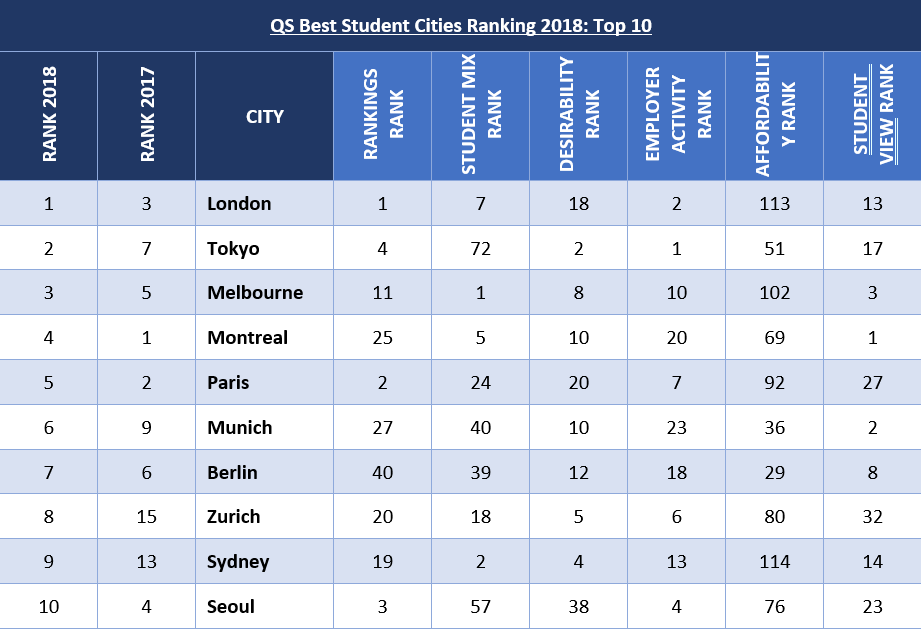 How are the rankings compiled?

We have constructed our rankings using six, equally weighted indicators, each measuring different contributors towards student decisions and their higher education study destinations. They include:

The indicator groups above incorporate data from a range of publicly-available sources. They include the Economist’s Liveability Index, the Numbeo Pollution Index, the Mercer Cost of Living Index, the Big Mac and iPad Indexes, and weighted data from the QS World University Rankings.